8 Famous Women Entrepreneurs that You Can Learn From

Small Business
Small Business Tips Startup Business
If you’re a woman business owner, you know that it can be both exciting and challenging to start your own business venture. It requires perseverance and focus, and many people aren’t up for the challenge.
Topics Covered in this Article:

Luckily, many women have paved the way for today’s female entrepreneurs to shine. In honor of Women’s History Month, we’ll highlight eight notable women business owners, and explain how you can learn from their experiences.

Even if other people don’t believe your business idea is useful, that doesn’t mean that you should give up; Debbi Fields is a testament to this.

After deciding that she wanted to start selling her delicious cookies, she was told by her loved ones that it wouldn’t be profitable. She was met with even more adversity when she was turned down by numerous banks for a business loan.

Even after her business was off the ground, she had to walk up and down the sidewalk on her first day in business to sell cookies, because no one was visiting her store. Still, she persisted, and today Mrs. Fields is one of the most recognizable baked goods brands worldwide.

Like Debbi Fields, you may start a small business that doesn’t reach success or become profitable right away. However, remember that even if your business idea isn’t met with enthusiasm initially, that doesn’t mean it can’t become successful.

Instead of giving up, you must take pride in your ideas, and prove to the people around that that they are going to work.

Chances are, if you’ve been on the hunt for a service provider or wanted to read reviews about local businesses, you’ve turned to Angie’s List. Well, famous woman entrepreneur Angie Hicks is to thank for this useful database!

At the beginning of her career, Angie started a small business called Columbus Neighbors. This business venture didn’t immediately become a success, and Angie spent her days going from door to door trying to recruit new clients. Eventually, this hard work paid off, and the business was later re-named Angie’s List.

Angie Hicks is proof that not every business begins as a booming success. It might take long hours and failed attempts before your business takes off. However, if you have a passion for your business’s mission, it will be well worth it!

Some women entrepreneurs discover their purpose early on in life, and Estée Lauder is an example of that. As a teenager, Lauder learned how to create beauty creams from her uncle, a chemist. She turned this interest into a business, by selling her homemade creams at local salons.

Over time, her business grew, and she eventually formed the now-iconic Estée Lauder Cosmetics Inc! Still, her humble beginnings can teach today’s business owners how a hobby or passion can be developed into a lucrative business. 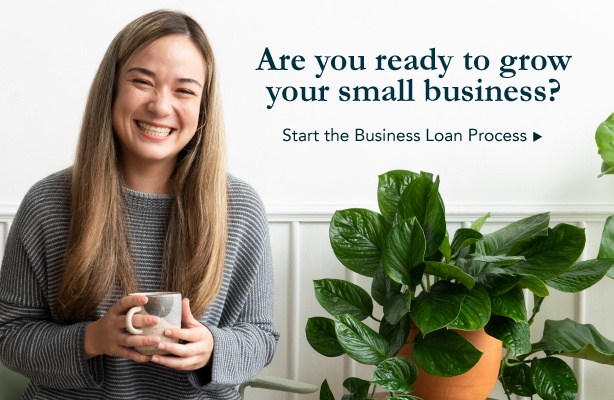 Another notable beauty mogul, Mary Kay Ash is known as the founder of Mary Kay Inc. What many people might not know is that her career reached a turning point after she left a job in which a man she had trained got promoted to a role above her. This role boasted a significantly higher salary, making it an especially frustrating loss.

Because of this injustice, she decided to start her own business at age 45. Many would consider this career move a major risk, but Mary Kay proved her naysayers wrong. Mary Kay Inc. sold nearly $1 million in products by the end of its second year.

Are you discouraged by your career path, or perhaps feeling unfulfilled at your current job? Look to Mary Kay for inspiration and consider starting your own business!

Mary Kay Ash wasn’t satisfied with her career trajectory, and took matters into her own hands. With hard work, you could be the next successful woman business owner!

Most likely, you’ve heard of multi-million dollar undergarment company, Spanx. But did you know that the founder, Sara Blakely, was rejected by numerous investors before finding success?

Sara remained persistent, promoting Spanx whenever possible. Due to her hard work, Spanx was eventually noticed by Oprah Winfrey, who promoted the brand and caused the company’s sales to skyrocket.

If you’re struggling to procure business funding, remember that there are many ways to reach success. Don’t be afraid to market your business, spread the word about your products, and ask for recommendations from customers. You never know what marketing strategy could lead to a boost in sales for your business!

If you’ve wanted to explore your family history, chances are you’ve used 23andMe. Founder Anne Wojcicki was fascinated by how genetic testing could influence health care and disease prevention, inspiring her to co-found this company.

Even though the company’s mission statement seemed beneficial, it was still met with criticism. In fact, many people were concerned about how genetic testing could lead to privacy issues, false test results, and other controversies.

Despite these setbacks, Wojcicki remained persistent, and was able to convince the FDA that 23AndMe data would be accurate. Today, Wojcicki serves as CEO and was even named to the Forbes List of the World’s 100 Most Powerful Women in 2020.

Wojcicki’s story proves that as a business owner, you should always believe in yourself and your business idea.

If you’ve tried online dating, you may have signed up for the popular dating app Coffee Meets Bagel. Founded by Harvard Business School graduate Arum Kang, she attended the prestigious university not planning to start a business. However, she recognized that dating was something that many of her peers struggled with. Due to this, she decided to start a company that would help singles find like-minded matches.

Arum credits much of the dating app’s success to her network, stating that her MBA network was willing to help her as she started Coffee Meets Bagel. When running your own business, remember that hiring the right employees and networking often can take your business to the next level.

Another immensely successful dating app, ClassPass was founded by Payal Kadakia after she struggled to find available ballet classes and select the right one. She realized that there wasn’t a one stop shop where people could search and filter through classes by activity, time, availability, and other factors.

Kadakia was inspired to create an app where customers could pay a monthly fee and access a myriad of fitness classes and wellness experiences. From cycling to massages to Pilates classes, ClassPass members can choose from a wide range of classes and treatments in their area.

Like Kadakia, you can take a common pain point and turn it into a growing business. Consider your day to day struggles, and determine if there’s a solution to them that could benefit patrons. By considering your customers’ needs, you might be surprised at how popular your business could become.

You might be intimidated by the achievements of the women business owners featured in this post. Their success might seem unattainable, but that’s where you’re wrong; your business could become a household name too!

By following the examples of these women, and learning from both their successes and failures, you might find yourself being described as a legendary entrepreneur one day, too!

Editor’s Note: This post was updated for accuracy and comprehensiveness in March 2022.

Editorial Note: Any opinions, analyses, reviews or recommendations expressed in this article are those of the author's alone, and have not been reviewed, approved, or otherwise endorsed by any of these entities.